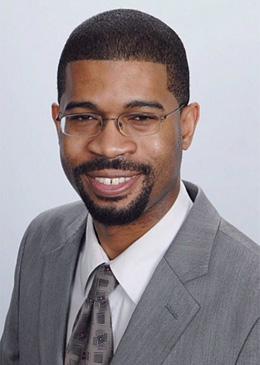 Chiduzie Madubata, MD is a cardiology fellow in Philadelphia, PA. He is also a guest contributor on the KevinMD.com and has been featured on MedPage Today.

“For many people in medical training, one period of time that they look forward to is the elective period. Most of the time, these periods are available for people to explore potential career opportunities, whether it is a certain subspecialty or a research opportunity. Usually, people are not on call and weekends are free, luxuries that are often sparse during the rigors of medical training. Most of the time, one can take vacations during this period of time with the potential for recuperation. However, at times, one can be on backup call in the event that a colleague becomes sick and needs coverage.

In my experience, there is an honor code that underlies this type of system. I have had my fair share of being called in at times to cover an ailing colleague. The assumption is that the person calling out has a serious illness that makes it difficult for him or her to execute their medical duties. There is a trust involved between colleagues when it comes to these periods, especially since the times of a lighter schedule can be few and far between, and colleagues calling in for relief can take some of that time away. However, there are examples of that trust being violated, and in those situations, people have a tougher time trusting their colleagues if relief from duties is requested due to illness.

A powerful reminder of this took place near the end of my residency. One of the residents had called out sick and another resident had to come in to do his particular shift. The resident that came in acted under the assumption that he was covering for an ailing colleague; however, a few days later, pictures of the resident that called out sick appeared on Facebook that same evening. He was out having a good time at a party while another resident was covering his shift in good faith. When word got around, the “sick” resident was chastised, and any further attempt to call out sick was looked at with suspicion.

When an incident like this happens, a lack of trust occurs, and the resident who called out sick inappropriately became an example of other people of whom residents on backup call were suspicious if they called out during particular ward months. It cuts into the ability of doctors to work together fully, to believe that their colleagues have their back in one of the toughest professions there is. Given the high stress situations that we are in, the hope is that we can look at our colleagues when we are in the trenches and believe that they would watch out for us.

Another result of this is that it can cause other residents who do need to call out sick to keep working even though they need to recuperate from their illness, out of the fear that they would be labeled as a resident who may be trying to take advantage of others if they call out sick. This fear of not being trusted can cause other people to extend themselves further than physically possible, putting themselves and their patients at risk as they try to work through a debilitating illness.

At the end of the day, our patients are ultimately the ones who benefit from our professionalism. They depend on us to show up when necessary to offer our specialized skills to help them to get better, but they also expect us to use our judgment to act in ways that would allow us to treat them as effectively as possible. This means that if we are too sick to work, we step aside and allow our colleagues to care for our patients as we care for ourselves, but that if we are able to work, we do so to our fullest ability. There is an underlying integrity and teamwork that is expected among ourselves, and we are called upon to try to promote those traits among ourselves as we go through the workday.

As we continue to show up, no matter how tiring or frustrating it may be, these traits become stronger, and morale improves among the physician workforce. Trust builds up and teamwork becomes the norm, and as a result, we can execute our duties more effectively. At the end of the day, our patients will benefit, and that should be enough to spur us to continue to show up when we can to provide the best care we can.”