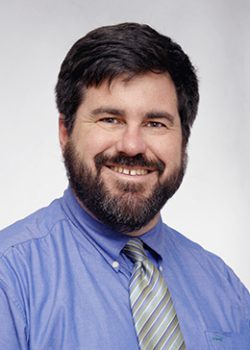 Robert Unitan. MD is a physician in Portland, Oregon at Kaiser Permanente Northwest. As the Director of Optimization and Innovation, he helps lead work in population health informatics and patient-facing technology.

In 2012, Tom DelBanco et al., published an article in the Annals of Internal Medicine called “Open Notes: Doctors and Patients Signing On,” a “quasi-experimental study” in which 100 primary care physicians granted patients online access to the notes the doctors wrote and signed after office visits. Below, Dr. Unitan shares his experience bringing “Open Notes” to Kaiser Permanente Northwest in the Portland, Oregon, metropolitan area.

“There’s this concept of ‘nothing about me without me’ which is so essential to the care experience for the patient.  We have not, for literally hundreds of years, done a good job of honoring that.  So when we heard about [Open Notes], we took it to one of our patient advisory councils on the west side of Portland in Hillsboro, Oregon, where, as part of the opening of our new hospital, they had organized a group of patients who are very vocal and involved.  My Chief Medical Information Officer, Dr. Mike McNamara, and I took the concept of Open Notes to them for feedback. We expected them to say ‘Oh, how wonderful, thank you so much doctor!’ but the feedback we got was ‘What the hell has taken you so long? We’ve wanted this for years, we wanted it yesterday!’  Mike and I were a little taken aback by the response that we got, but we were also really motivated by them and we included patient advocates in some of the meetings that we had with senior leaders in the Northwest.  It really helped galvanize the support that we received to implement the program. We also had support from Dr. DelBanco, John Santa from Consumer Reports and Dr. Susan Woods of the Portland VA (now at the VA in Portland, Maine). To have them there, essentially extolling the virtues of this and also sharing the published evidence  so moved our medical group leadership that they said not only are we going do this in primary care, we’re going to do it in every department (with certain exceptions).

Instead of launching with a pilot and hoping that providers signed up for it, we were the first organization to go with a big-bang implementation. We gave providers the opportunity to opt-out on an individual basis. If they had an individual note that they thought was inappropriate to share,  we gave them the ability to easily  keep those out. Many physicians feel that the note being put in the chart isn’t written for the patient. They feel that it’s being written for them and for their colleagues, and given that their intended audience is not the patient, they aren’t inclined to change how they write their notes or how they practice. What we tell them is that they don’t need to change a thing. Patients can go to Google and look up terms that they don’t understand. We do give them helpful hints such as, don’t use confusing abbreviations like SOB, which to us means “shortness of breath” but to a patient… it’s different.

We found that very few providers take the trouble to hide their notes. And the feedback we got from the patients when we surveyed them was the same as had been published, which was ‘this was really wonderful,’ ‘I can see how much my doctor cares about me’ and ‘I’m going to take better care of myself now that I know that he’s really wanting to work with me…’ on my weight or whatever the issues were that were discussed.

When we started, I think we were just so impressed that this was the right thing to do, and the feedback we got from the patients themselves enforced just how powerful this might be. One of the not-so-hidden benefits I’ve seen from this is that I think clinicians are actually taking the time to write better notes. Knowing that a patient is going to read it – or  that they could read it—makes  them more inclined to do a better job of including all relevant information in the note. On the patient side, they now have the ability to go back and look at the note again or to share the content with family members, friends or other supportive caregivers. The benefits are so huge that they really do outweigh the perceived inconvenience on the part of the clinician—that they’re going to have to change what they’re going to put in the note because it’s no longer going to be withheld from the patients. In truth, patients have always had access to their medical records, but we used to make  it hard for them to get that information.

We’ve gone out of our way to show clinicians that it is not a big deal, that there might be fear and concern upfront, but in the end it is so good for the patient and therefore good for everybody. It’s good for the patient/clinician relationship, just being able to extend a level of trust and have the patient realize that we trust them with their health information. An analogy that Dr. McNamara gives is if this was a medicine that could do all of these things—improve patient compliance, improve a patient’s trust in their provider, improve the likelihood that a patient will follow through with your recommendations—you would put all of your patients on it.”